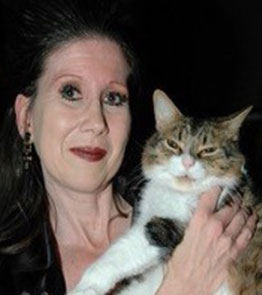 Vicki Thomas has extensive experience with animal welfare organizations and nonprofits. She has volunteered at Montgomery County’s animal shelters since 2004 – when it was first run by the Montgomery County Humane Society (MCHS) and she was part of the first group of volunteers trained when the new Montgomery County Animal Services & Adoption Center (MCASAC) opened. In 2012, she was named Volunteer of the Year by MCHS. She is also a long-time volunteer for the Animal Welfare League of Montgomery County. In her career, she has worked for various nonprofits including Freedom House, The Albert Shanker Institute, and the Foundation for a Democratic Education. She is currently owned by seven rescued cats and a rescued dog. She holds a B.A. in Government from the College of William and Mary and a Master’s in Public Administration from George Washington University.

Our mission is to end pet homelessness and suffering in our community with proven actions and compassionate services including providing veterinary care, pet food, and other resources, and removing all barriers to adoption including keeping shelter animals medically and emotionally healthy and matching them with well-prepared adopters to create forever homes.

MCPAW's Combined Federal Campaign number is:
69792
We hope you will consider pledging to MCPAW